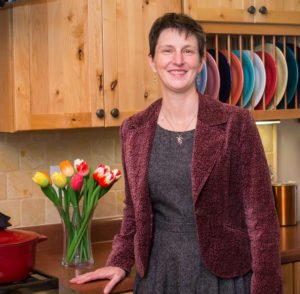 My trouble with migraine headaches started in 1999. I was in my late 20s, living in Charlottesville, Virginia. At first, I thought the migraines were hangovers. So I quit drinking, but I still woke up with “hangovers.” Then I thought maybe it was my wisdom teeth, so I had them removed. Yet the headaches persisted.

As the years passed, the migraines grew more frequent and more painful. I started having all-over body aches, nausea, and vomiting with the headaches. When I could access conventional medicine, there was nothing anybody could do for me. All my lab work came back normal. One doctor even accused me of faking migraines to score pain drugs.

After that, I quit asking doctors for help. Instead, I learned to soothe myself with bodywork, energy work, and home remedies. I studied Reiki, Herbalism, and Zero Balancing with some fantastic teachers. I did psychotherapy and practiced meditation. Still, my headaches continued to grow in frequency and severity.

As my condition worsened…

…my life adjusted. I gradually moved out of steady employment and into a work-at-home situation as a consulting astrologer. My time was less structured and I could more easily flow with the ups and downs of my health challenges. My practice focused on forecasting and electional astrology– selecting auspicious dates for important planned events like surgeries and weddings.

It was then that I started to read the patterns of medical astrology for myself and my clients. I was amazed at how easily I could describe someone’s health and symptom patterns from their chart. But I had little to offer in terms of addressing those symptoms.

And then I bottomed out

In 2011, I moved to Denver, Colorado and married my husband. A few months after the wedding, my health began a steeper decline. I developed a set of horrendous symptoms. Severe chemical sensitivity (MCS). Food sensitivities. Debilitating fatigue. Maddening tinnitus. Anger and anxiety. Memory problems. Frequent colds, and a UTI I couldn’t get rid of. By 2013, I was in constant physical, emotional, and psychic pain. Locked inside me, there was still a smart, happy, kind-hearted woman. But all I could feel anymore was anger and fear. I had lost my magic.

I now know that I had been suffering all along from a progressive multi-system biochemical disorder. In 2014, I discovered that the root cause of my worsening troubles was the mercury that had been off-gassing and leaking out of my metal dental fillings. Long story short: I researched my options, found a dentist to safely replace the toxic dental work, and began a mercury chelation protocol. For the first time in my adult life, my health started to get better rather than worse.

As I studied the work of Dr. Andy Cutler and learned about the mechanisms of mercury poisoning and chelation, I became obsessed with learning the science behind what had happened to me and how I recovered. I would hang out in the mercury detox forums online and try to help the people I saw struggling. Again, feeling frustrated that I wanted to help but I really didn’t know how.

When I started feeling better in early 2015, I enrolled at Nutrition Therapy Institute. The campus happened to be just up the road, just off Colfax in Denver. Studying holistic nutrition gave me what I was looking for: an understanding of the “big picture,” an effective therapeutic toolbox, and clinical skills. My holistic education in anatomy, physiology, and nutritional biochemistry has opened a new door into medical astrology, as well. I see the chart on a whole new level now.

Just a handful of years ago, I thought I would always have migraines. I thought physical pain was somehow an inevitable, immutable part of me. But it wasn’t. Slowly but surely, I got my magic back. And so can you!